We are those blessed with Hearts. Our Hearts, capitalized, are tools we wield to change fate, to do the impossible, and to make the world our own. And our hearts, lowercase, our metaphorical hearts, our beating hearts, our emotional hearts. They’re not the same, but they are linked.

Our Hearts are many things. They are the legendary weapons we vanquish evil with, the giant mechs that fly us to the stars, the hidden powers we’ve found within ourselves, the shining charms let us become magical girls, the roaring engines propelling us across the country side, and so much more.

Burning Hearts Forever is a tabletop RPG built on the Apocalypse engine for creating stories in a wide array of different scenarios, each with a different definition of what a Heart is. The game focuses on the interpersonal relations between characters and can support games with either light or heavy tones.

The game features the following Playbooks:

The Dreadnought, someone who will push themselves to their limits and beyond to achieve their higher than life goals.

The Foesworn, someone who received their Heart from the enemy and has to deal with their influence.

The Fool, who thrives under the spotlight, when all eyes are on them.

The Frozen, who seeks solitude and excels at burning bridges.

The Hero, inexperienced and carrying the weight of the world on their shoulders.

The Lover, who gives their Heart to their true love.

The Outsider, who made, or stole their Heart.

The Storm, someone with immense power and little control over it.

The Spider, who hoards others' secrets and uses them for their advantage.

The Vampire, who carries a cursed Heart that feeds on their life force.

In the following Scenarios:

Afterschool Struggle: Teenagers fight shadows with the powers of their true selves to uncover a mystery that will go deep into their city’s underground.

Fight the Pull of Gravity: Mech pilots in space fight to decide the future of humanity, or simply spend their time flirting their way ahead.

Highways on Fire: Racers ride across the countryside to see who wins the grand Prix, while also sporting a decent amount of drama with each other, for the fans.

Lullaby of the Last Days: An incoming calamity places you as the hero with the role to stop it and save the world.

Rocking Tour: Play as a band going on a tour, dealing with tourist traps, faulty transportation and the unforgettable nights.

Written by Eva Terra and illustrated by Phoebe Mark.

In order to download this game you must purchase it at or above the minimum price of $20 USD. You will get access to the following files:

Support this game at or above a special price point to receive something exclusive.

Community Copies of Burning Hearts Forever for folks to grab.

I just want to say how much I love this game and I think it would be super fun to play. There is SO much narrative depth to the game mechanics and I urge you to read through it and give it a chance even if it looks and feels a little crunchy. I think it's got a lot of potential!

I'm currently planning out a campaign to run for my sister and her friends in about a month, and we are all really excited about the potential this system has. This version does not have character sheets at the time of writing, but the concepts are simple enough that it likely won't take me long to throw together a really simple one. I'll definitely send you feedback Eva when we start!

I'm glad you're going to play and I hope you have fun!

play tester here! the system is still in development, but overall, it's been great to play so far. the structure and system are easy to apply to a number of settings, and are meant to be good for homebrew sessions. i'm still play testing it as a player, but i'm looking forward to playing with this more, including possibly gming with it!

oh! it makes me really happy to know people are playing my game and enjoying it! 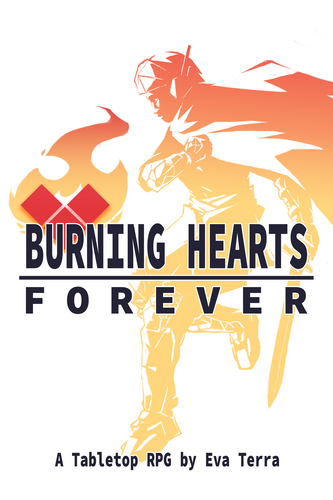 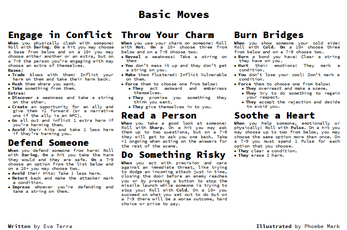 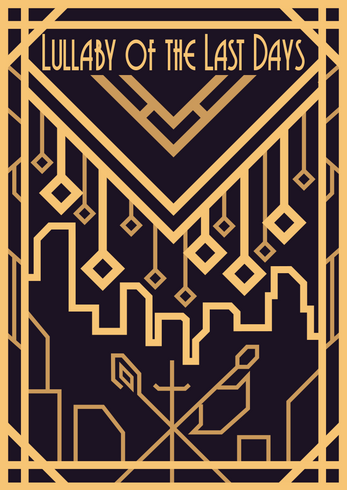 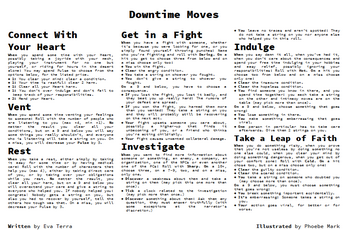 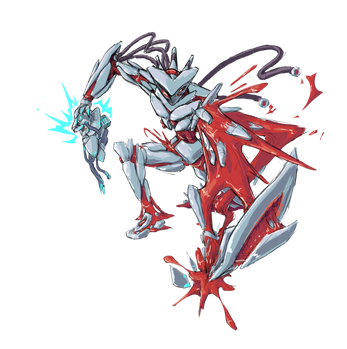 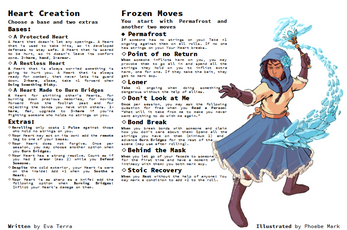